You are here:
July 10, 2020Leave a commentPublications, UncategorizedBy admin 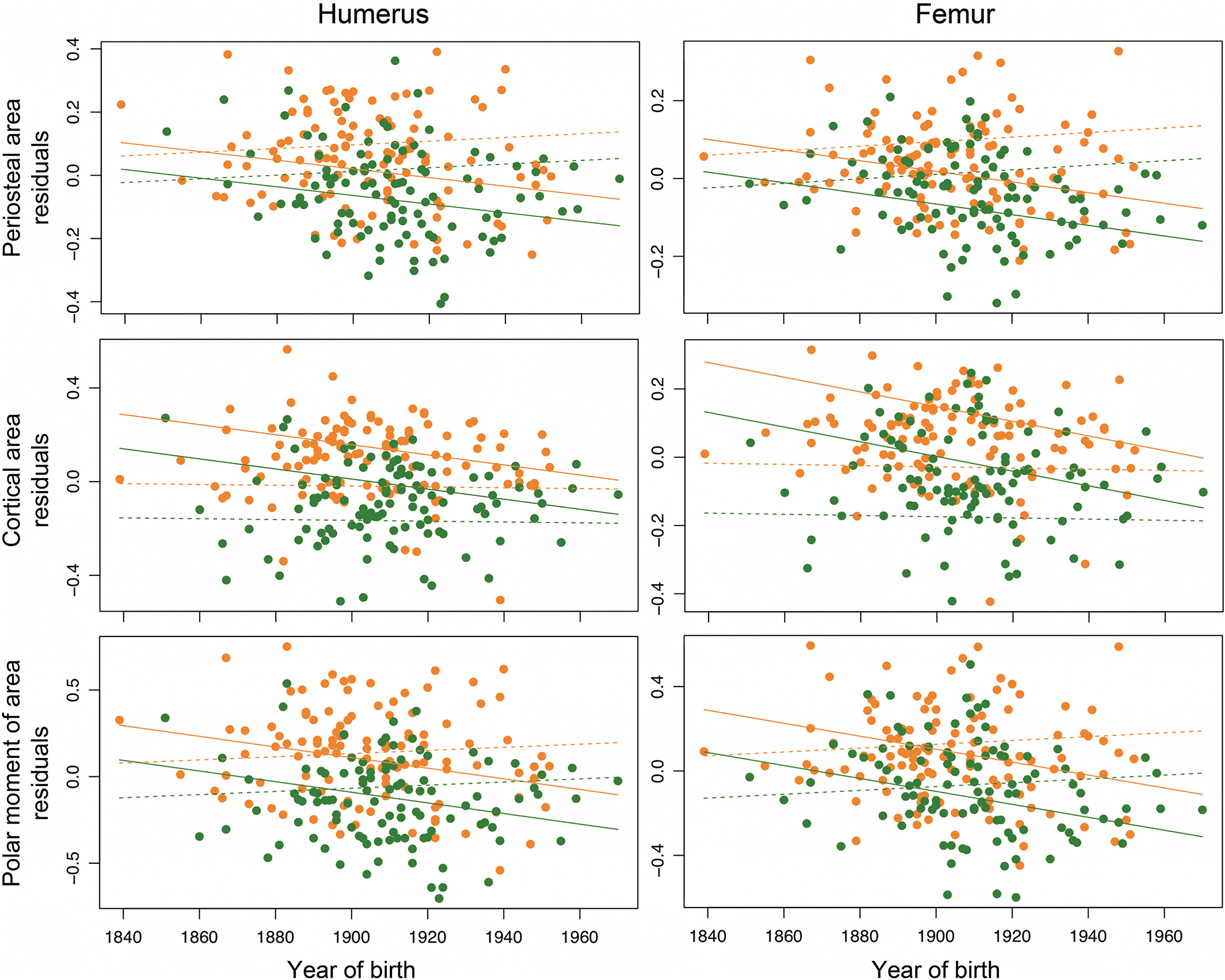 South African Africans have been reported to have experienced negative or null secular trends in stature and other measures of skeletal structure across the 19th and 20th centuries, presumably due to poor living conditions during a time of intensifying racial discrimination. Here, we investigate whether any secular trend is apparent in limb bone strength during the same period.

Cadaver-derived skeletons (n = 221) were analyzed from female and male South African Africans who were born between 1839 and 1970, lived in and around Johannesburg, and died between 1925 and 1991 when they were 17–90 years of age. For each skeleton, a humerus and femur were scanned using computed tomography, and mid-diaphyseal cross-sectional geometric properties were calculated and scaled according to body size.

In general linear mixed models accounting for sex, age at death, and skeletal element, year of birth was a significant (p < .05) negative predictor of size-standardized mid-diaphyseal cortical area (a proxy for resistance to axial loading) and polar moment of area (a proxy for resistance to bending and torsion), indicating a temporal trend toward diminishing limb bone strength. No significant interactions were detected between year of birth and age at death, suggesting that the decline in limb bone strength was mainly due to changes in skeletal maturation rather than severity of age-related bone loss.

Limb bone strength is thus potentially another feature of the skeletal biology of South African Africans that was compromised by poor living conditions during the 19th and 20th centuries.